According to speculations, the seven-seat version of Hyundai Creta will likely to name ‘Alcazar’, which was trademarked by the Korean manufacturer earlier this year.

The Hyundai Creta received a generational update earlier this year, and the new mid-size SUV is based on a new platform that is capable to to be used for slightly bigger vehicles as well. Hence, Hyundai is planning to make use of it and is currently working on launching a 7-seat version of the Creta in India next year.

The seven-seat SUV to get a slightly updated front grille, flatter roof towards the back, an additional rear quarter, a redesigned C-pillar as well as a larger rear overhang as compared to the five-seat Creta. In addition, test mules suggest that the three-row SUV will be getting redesigned tail lamps. 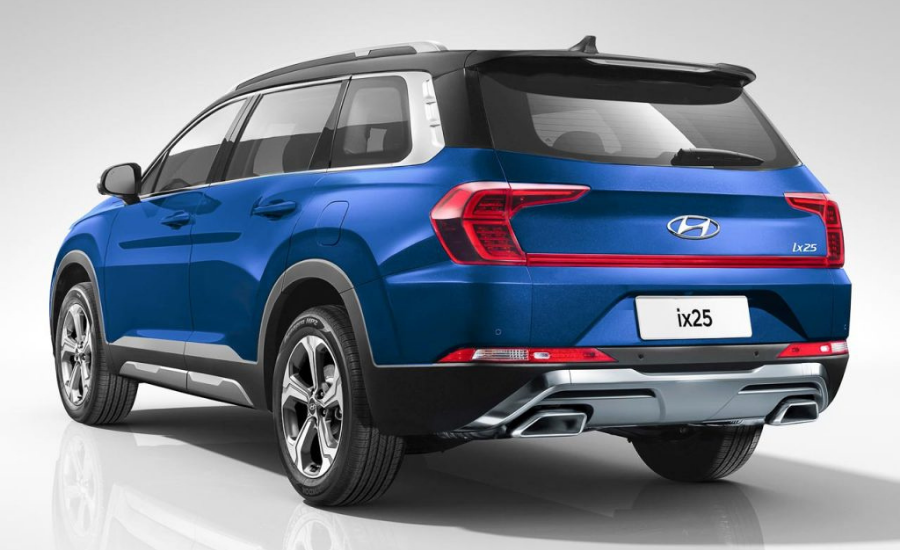 Apart from the additional row of seats, the cabin layout is expected to remain largely unchanged as compared to the regular Creta. That being said, features like 10.25-inch touchscreen infotainment with smartphone connectivity, an 8-speaker Bose sound system, Hyundai’s BlueLink connected-car tech, a panoramic sunroof, ventilated front seats, power-adjustable driver’s seat, a 7-inch TFT color display in the instrument cluster, a touch-enabled smart air purifier, paddle shifters and drive mode select are all expected to be carried over to the seven-seat SUV as well.

The seven-seat version of Hyundai Creta will likely make use of the same powertrains as the regular five-seat SUV. As of now, Hyundai offers the Creta with three engine options – a 1.5-liter NA petrol engine that makes 115 PS power and 144 Nm torque; a 1.4-liter turbo petrol motor that churns out 140 PS and 242 Nm; as well as a 1.5-liter diesel engine that has a peak power output of 115 PS and a max torque rating of 250 Nm.

While there are only two three-row mid-size SUVs in the Indian market as of now, the Mahindra XUV500 and the MG Hector Plus, a range of new cars are expected to be launched in this space in the years to come.